I love this song, especially the beginning!  It’s Who Is Like the Lord by Unhindered.

As Christians, we will undergo many trials. We know this, and determine to have faith when these trials strike us. In my young Christian life, I decided that, no matter how difficult things got, I would always turn to God and that I would never get mad at Him. I think that at the time, I didn’t realize exactly how difficult it would be; I mean, I had really never had many trials. No one close to me has ever died, I haven’t been diagnosed with any terrible illness. I never had any reason to really doubt God’s goodness. I knew that until it came right down to an inevitable trial, my faith would be tested by how I responded to God at that time. Would I trust Him in the middle of my fears or push Him away and try to deal with it on my own?

Although I haven’t had any “physical” trials, I have had emotional/spiritual ones. Recently, I struggled a lot with devotion to God. I felt like there was a spiritual war raging right above my head.

One very special verse I’ve memorized through a program at my church has helped me:

His divine power has given us everything we need for life and godliness through our knowledge of him who called us by his own glory and goodness. Through these he has given us his very great and precious promises, so that through them you may participate in the divine nature and escape the corruption in the world caused by evil desires.

The Bible says that God has given us His “divine power.” What is this divine power? I believe that it’s faith. It’s knowing that even in the worst of things, we can cry out to God and trust in Him. We have the power to have faith in Him because He saved us from our sins. And if we believe, He promises to never leave us. When we believe this, we turn our backs to the world and solely follow the Lord.

I have had some trials too; situations in which I felt a very deep sense of loss and near-panic. It was a time like that when, although I could barely think, I felt God ask me, “Will you trust Me?” I knew that, depending on how I answered this question, my faith would either be strengthened or weakened. “Yes, God…I trust You. I trust You,” was my answer. I felt a “peace that passes all understanding” and knew that, no matter what happened, God was in control and He had the best plan in mind for me.

So I challenge you, when you feel completely overwhelmed and helpless, to cry out for God. He will be there, even if you can’t feel Him, for He promised to “never leave you nor forsake you.” (Hebrews 13:5.)

I leave you with this:

And the God of all grace, who called you to his eternal glory in Christ, after you have suffered a little while, will himself restore you and make you strong, firm and steadfast. To him be the power for ever and ever. Amen.

Well, I’m back. I last posted in May of this year, and I needed a break to finish the school year by getting through exams…and I also needed to get my focus back for blogging. I read a magazine article challenging why people blog, and I realized that I needed to fix a few things. The article I read “sorted” bloggers into different categories — bloggers who want to be someone they’re not, or who want to be “preachers” to others (when they may not have the wisdom, experience or ability to do so), etc. So I decided to take a break and maybe revisit blogging in a while — or maybe not.

So here I am. When I started my blog, it was to be a light for Christ in the blogging-and-cyberspace world. I started to get away from that and was posting about personal goings-on, such as school, good movies to see, books to read, etc. None of that is wrong! But that’s not why I originally started blogging, and I wanted to stick to my original focus: serving Christ.

That being said, I also started to post “devotionals” or “sermons” — whatever you want to call them — teaching people how to live their lives for God. And I really have no expertise in that area. Rather than teach, I want to challenge; make people think. I don’t want to choose an issue and pick it apart, because I have no authority to do so; nor should I pretend to have that authority.

I’ve come to realize that now, and I have decided to tentatively start blogging again, but for one reason only: to be a light for Christ, encourage, and challenge other youth in the world. I give all the glory to God right now, and in blogging, the focus will be kept on Him and Him alone.

I spent my beautiful, sunny, ideal-for-picnics spring Sunday afternoon holed up in my bedroom. My only company: hotdogs with homemade relish, a dessert plate which contained 50% blueberry pie and 50% whipped cream, and my mom’s laptop paired with a movie I happened upon in my church library: The Shunning, based on Beverly Lewis’s novel.

I couldn’t believe my eyes when I found the movie. I’d read the whole Heritage of Lancaster County series but had no idea that they were making a movie out of it! (In case you hadn’t noticed…I’m super-into Beverly Lewis’s novels.) The last movie I watched based on one of her novels was Saving Sarah Cain, from the book The Redemption of Sarah Cain (which, incidentally, I never actually read).

But I did read this series. When I picked it up, I guessed it would be the whole series. But no. They decided to make a cliff-hanger. (Or maybe not. To me, everything seems to be a cliff-hanger.) I started feeling super-freaking-out-ish when I realized that this movie was released in 2011, meaning that the sequel probably wouldn’t be out for a while yet! I facebooked my friend multiple times about it (sad how “facebooked” has become a legitimate verb). She also has read the books so naturally, as any good best friend would do, I ruined the movie for her. Partially.

Disclaimer: I messaged her throughout the movie, so please pardon anything that doesn’t make sense.

By the way I just thought I’d let you know in case you didn’t already…they made a movie of the Heritage of Lancaster County series by Beverly Lewis! It’s called “The Shunning”…and Dan Fisher has such a babyface. He looks 14. So disappointing. 😦 haha anyway you should watch it…I am right now. 🙂 Adios!

Oh and btw it’s irritating how they all have pierced ears and how Katie is so obviously wearing makeup. And her dad smashes her guitar!!! I almost cried. That didn’t happen in the books. So upsetting. 😥 Anyway I should stop ruining it for you. Bye again. 🙂

They also are wearing wedding rings! Grr. And the walls are like blue. And the tables are too dinky to seat like ten people.

AWWWWWW even though her father busted her guitar he gave her back the sheet music to a song she was singing earlier (which he found inside the guitar). Which makes it super sweet but makes it look like he approved of the guitar and was mistaken in breaking it which is incorrect. But now I’m actually going to shut up before you know what happens better than I do just from me telling you….

It ends with her peacing out to find her real mother.

I left out that last part because that is The Best Part of the Whole Movie/Book Series. I’m not telling you it. Too bad for you…

Please also note: as previously mentioned, I have read almost every Beverly Lewis book and therefore know a generous amount about the Amish, such as: they don’t wear wedding rings, makeup, or have their ears pierced, and they have large families generally (which doesn’t fit the kitchen table size), and their houses are incredibly plain (all white walls, etc.). This explains (at least, it should) my awkward nerdy comments to my friend who (I’m sure) completely understands everything I said. 🙂

And there you have it. My informal awkward movie review. Hope you enjoyed…

P.S. I Googled (another legit verb) the shunning movie sequel but didn’t really get anything…let me know if you find it!! 🙂

I'm Emily-Sue, and I'm in love with Jesus Christ, my Savior, and am so thankful for everything He has given me as I strive to be salt and light for His glory. 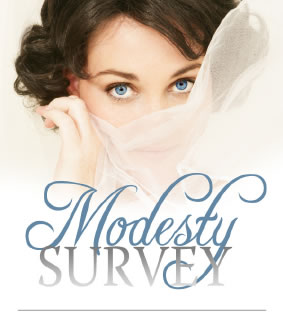 "May our Lord Jesus Christ himself and God our Father, who loved us and by His grace gave us eternal encouragement and good hope, encourage your hearts and strengthen you in every good deed and word."

"Do not work for food that spoils, but for food that endures to eternal life which the Son of Man will give you. On Him God the Father has placed His seal of approval."

"Now faith is being sure of what we hope for and certain of what we do not see."
- Hebrews 11:1

"And without faith it is impossible to please God, because anyone who comes to Him must believe that He exists and that He rewards those who earnestly seek Him."
- Hebrews 11:6